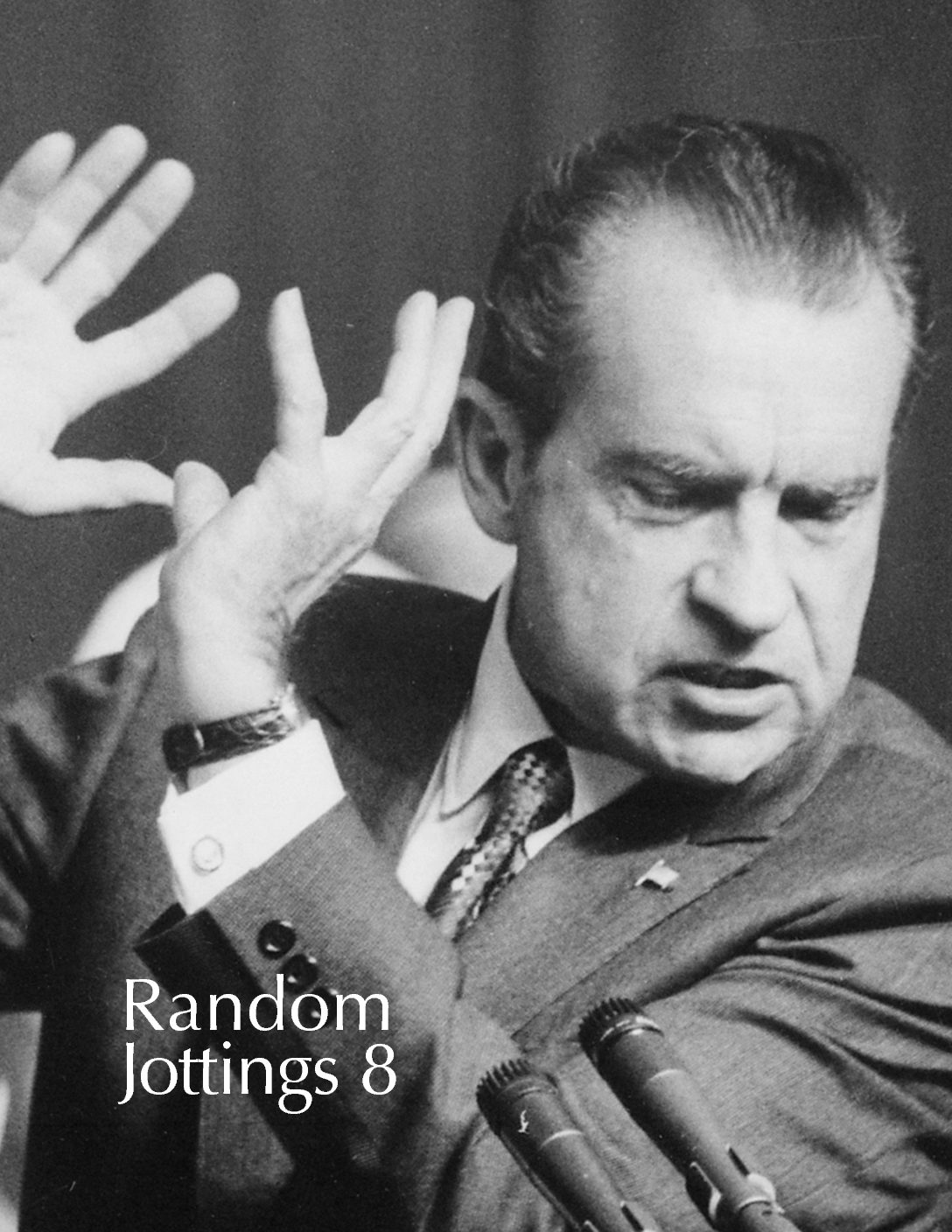 $7.95Buy on AmazonRead PDF for FreeRead Issue 8.5 for Free

A collection of essays on the Watergate scandal. At turns humorous and insightful, Random Jottings on Watergate gives a unique perspective on the greatest political scandal in 20th century American history!

Featuring: “Watergate Considered as an Org Chart of Semi-Precious Stones” “Duct and Other Tapes” “Come Back to the Five and Dime Again, John Dean, John Dean” “Saturday Night’s Alright (for Firing)” “Mr. Jameson Goes to Washington” “What Would Nixon Do?” and special guest star and Hugo-nominated cartoonist Steve Stiles with “My Nixon Dream”!

With a complete Watergate timeline and cast of characters, this is a fun reference for any fan of the Watergate scandals.

Issue 8.5 (available as a free PDF, or included with the print version of Issue 9), adds the story of Martha Mitchell, reveals Nixon’s FBI application, and features the incredible, true story of Earl Kemp, who fell afoul of the administration after publishing the notorious Illustrated Edition of the Presidential Report of the Commission of Obscenity and Pornography.

The content (except for Issue 8.5) is also available in the book Watergate Considered as an Org Chart of Semi-Precious Stones, also from Timespinner Press.