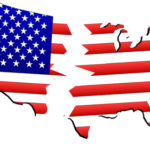 Abdul Aziz Al Saud, first monarch of Saudi Arabia, wanted his nation’s borders based not on geography, but on the migration of tribes. The British High Commissioner, Sir Percy Cox, lost his temper and started yelling, but Ibn Saud had a good point: a nation is not necessarily the same thing as a state. A […]